Leave a comment Posted by Seán Crudden on November 30, 2010 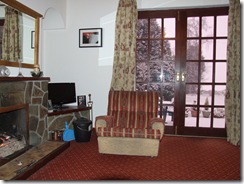 Dreadful form 08.30. No exercise. Frost. Corn flakes, sliced banana, milk. The same last night. No golf, Robert Giles informed me when I rang. Heat on all night. Stew for dinner. Drove to Greenore. Panic. Heat not on. Rosanna drove down again & got it on. “Auto” should have been selected on top line instead of “on.” Rosanna drove us in to Oaklawns. Eamonn there! He had a good fire of coal and logs on. I bought bananas and oranges in Tesco DSC. Rosanna bought steak, etc., and ham. Eamonn took a bath in Jenkinstown. Rosanna washed some of his clothes. I set out in my 2010 white Toyota iQ @ 20.00 and left Eamonn in through the snow to Oaklawns with 2 plastic bags of clean clothes. €85bn digout for Ireland from EU/IMF confirmed tonite. 5.8% interest over 7 years? Eamonn trying intently to watch it on RTE1 until frustrated he saw the picture break up. I brought in 2 buckets of coal today – the second one tonite in soft snow. To bed 00.45. Did not wash teeth. Switched off heat. No word from Aisling. 00.10 (Writing in my reporter’s notebook). Going to eat another orange. Ate corn flakes, sliced banana, milk; for tea. Two rounds of brown pan cheese and ham sambos for supper + a mug of java. Put a new cartridge in my old Tesco fountain pen. Working fine. New Leavy reading glasses broken yesterday morning. Screw missing.